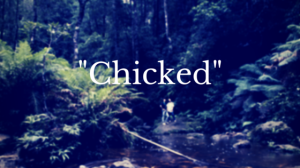 I am trying to carefully enter the world of ultra running.  It’s something I’ve long been interested in, and sometimes I really regret not pursuing it in my early-mid 20s, before I had the littles. I ran a lot then, but my “long run” usually fell within the range of 5-7 miles, I rarely raced, and when I did it was mostly 5ks. In many ways, it was a simpler and more pure time in my running life. I ran for my health, well-being, to feel strong and free, and without a watch or GPS. I was so very in-tune with my body. Though I sometimes yearn for that youth and time back, to see what I could really do in terms of racing, I am so grateful for the strong foundation it has given me. Fast forward to today, and I race upwards to 15-20 races a year ranging from 5k – 50k, even though it’s a near daily struggle to find the time to train (and I totally and really wouldn’t have it any other way 🙂 ).

I made the decision last spring to learn more about ultras, and ultimately signed up for The Eastern Divide 50k back in January 2016. In the summer and fall of 2015 I tore through what I can only assume is the start of any newbie ultra reading list…Born to Run, Eat and Run, Running with the Kenyans, and countless blogs and forums. I decided on a local 50k to test the waters, and wanted to take plenty of time to build up to it. As I read more, I became immersed in the vernacular. I started to think through the lens of the ultra community’s writing, and to notice the ultra community here in our own town: these quiet yet robust, nature-loving, thrill-seeking, welcoming people that loved pushing their bodies to limits that most people wouldn’t dare imagine. Overwhelmingly, it seems a very inclusive and introspective culture.

From this outsider perspective, I was a bit flummoxed when I first read the term “chicked.” But it seemed so pervasive, and used in such fun-loving jest, that I quickly moved past my initial reaction.

The first time I used the word “chicked” in front of my mom and the husband, their jaws hit the floor. They literally couldn’t believe that the word came out of my mouth. I had been so immersed in some of the popular ultra-world writing, that it never occurred to me that they were hearing this term for the first time as I said it.  In my academic past, I spent years in grad school studying, dissecting, deconstructing, and reconstructing various power structures that create hierarchy, particularly for the historically marginalized and oppressed, and which manifest in and are perpetuated via discourse. Despite that, here I was, blindly using a term that seemed to speak in direct contradiction to that part of who I am. We had a pretty lengthy and healthy discussion about the term – it’s origins, it’s usage, and whether or not it should be used.

After quite a bit of back-and-forth, the husband dropped the proverbial bomb he was holding onto, as I wavered in defense of the term….how do you think using that term in front of your daughter affects her and her perception of running? Or your son, for that matter? How many men do you come in ahead of on any given race….Do we really need a special, sexist term to celebrate that reality?  I was stripped down, with nowhere else to turn. I imagined what message it sent to our children…

….boys are always faster than girls

….we have a special, diminutive term to describe women finishing a race before a man…because boys are supposed to always be faster than girls

….some men runners use this term as motivation in a race to not let women pass them (despite the fact that every race I know of has a men’s race and a women’s race, so men are not technically “racing” against women)….because boys are always supposed to be faster than girls

….the action in this verb is something a woman does to a man, rather than something she achieves for herself

I am a solid debater, but I had no rebuttal. I could’ve kept arguing in defense of “chicked” but I stopped right there.

How did this verbiage come about?  Are we okay with it? If ultras are one of the few running venues where it’s not unheard of for women to win outright, are we doing a disservice to women and the sport by saying “chicked”? Does the term inadvertently create walls and/or borders that make the barrier to entry to the sport higher for women? Does it perpetuate a power structure that so many strong women have worked to break down in a sport that so many of us see as a great equalizer, and that is incredibly personal on many levels?

It was only in 1967 that Katherine Switzer defied the rules of the Boston Athletic Association to be the first woman to complete that marathon, even as men and race officials literally tore at her body to try to make her stop. Only a year after I was born, Joan Benoit Samuelson claimed the gold medal in the inaugural women’s marathon in L.A. at the Olympic games. There are of course opinions about whether or not the term “chick” itself is sexist or offensive, and people have different perspectives on the power of language. I am a very big believer in the power of language – it reflects, creates, perpetuates, and can also help upend power structures that have been historically and socially constructed. At the very least, the term “chicked” is diminutive. Katherine and Joanie (and numerous other women that came before and after them) loved to run, and were damn good at it. They were strong and used their power through movement to help redefine a sport that had excluded women and used language and rules to tell women ‘no, you can’t.’ For them, and all those that came before and after, we can do better then “chicked” to celebrate women’s running achievements. Joanie talked about running as a lifestyle; all of the ways we express that lifestyle, including the language-culture around it, reflect and feed it.

Maybe one day I’ll finish that PhD in political discourse analysis, and dive deep into the politics of running vernacular. Until then, I’m content with throwing the term by the wayside. Run on, friends!